A Night of Doo Wop & Soul The Skyliners are an American group from Pittsburgh, PA. When Jimmy Beaumont passed away, the group had the impossible task to find someone who could sing the lead on all their songs. Today’s group with John Sarkis' amazing lead voice along with Donna Groom, Eric Bruce & Jim Gregorakis continue to keep the Skyliners music alive.

Being dubbed as “Mr. Entertainment”, Bobby Brooks Wilson, is the son of Legendary R&B/Soul Singer, Jackie Wilson. Bobby has the same amazing traits and talents of his father, that many say Jackie Wilson’s legacy lives on through him. Bobby has entertained fans all over the world and will continue to soar as a singer, an entertainer and artist.

The Tymes, whose hits spanned the mid 60’s through the mid 70’s with songs like “Wonderful Wonderful”, “Somewhere” and “You Little Trustmaker. Their biggest hit, “So Much In Love” went to #1 in June of 1963. These memorable songs along with their harmonies and fluid choreography will have the audience reminiscing about yesteryear. Today, The Tymes are still going strong with original members, Albert “Ceasar” Berry & Norman Burnett and recently just added John Stone as their new lead singer.

The Elegants, still based on Staten Island, were formed in 1956 by their lead singer, Vito Picone, who also co-wrote their #1 single "Little Star" Little Star sold over 2 1/2 million copies worldwide in 1958. Aside from doubling their original record sales since 1958, “Little Star” has been immortalized in the Rock and Roll Hall of Fame. The year 2022 will mark 64 years since “Little Star” became Number 1. The Elegants are still one of today's most entertaining acts.

Larry Chance is an American musical artist, and the lead singer of the popular 1960s doo-wop group Larry Chance and the Earls, originally known as The Earls. He was born Larry Figueiredo in Philadelphia, Pennsylvania. Upon moving to the Bronx, New York, he originally formed his group as The Hi-Hatters. The group was eventually rechristened The Earls and Figueiredo changed his last name to Chance.

The Manhattan Skyline is a doo-wop group made up of members from other famous groups of the 50’s & 60’s, such as the Capris and Lenny Cocco & the Chimes. The group was formed in 2008 by Tony Danno and is still performing today.

Tribute to Jay Black Featuring Ric Mango (formerly of Jay & The Americans) Jay Black was an American singer, also known as "The Voice", whose height of fame came in the 1960s when he was the lead singer of the band Jay and the Americans. The band had numerous hits including "Come a Little Bit Closer", "Cara Mia", and "This Magic Moment".

This event is a theatre rental and is neither sponsored, nor presented by Patchogue Theatre or the Village of Patchogue 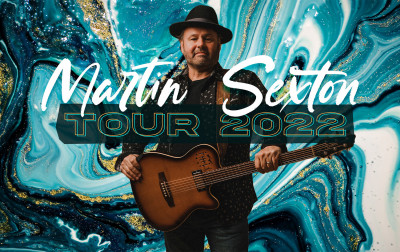